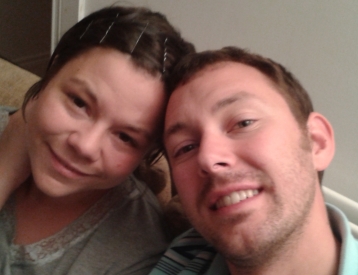 Kate and I (Richie) were married in December 2005. Since then we have had two boys, Joseph (2008) and Reuben (2010). As a family we are part of Belfast City Vineyard, in Northern Ireland, and Fountain Vineyard Church, in South Africa.

I was born in and grew up in Dublin. I moved to Belfast in 2002 to train as a youth worker, and worked as a youth worker for 6 years after that. God broke into my life when I was 15. He quickly grew a passion in my life for helping young people who are in the middle of difficult situations, something I had never considered until then. As part of my training I was privileged to spend some time in Kwazulu Natal, South Africa (2003) working with street children. This experience changed me fundamentally. I was privileged to get to spend a day in an area called Sweetwater. While I was there I realised that I was called to spend my life working with children from disadvantaged backgrounds.

I was born in and grew up in Belfast & worked for 10 years as a nurse. God spoke to me clearly when I gave my life to Him at 15, giving me a picture of myself surrounded by dark-skinned children who were looking to me to care for them. Up until then, my only concerns had been music & which boy I liked, so this was a shift for me! At that time the Lord deposited in me a longing for Africa, but the door did not open to follow that call until meeting Richie. Previous to this, I took any opportunity available to pursue ministry overseas, with children from disadvantaged backgrounds. I did not expect that the one coming away from these trips the most changed, would be me. With this in mind, we are very excited, humbled & amazed that the Lord would trust enough to take care of His kids.

Kate and I met in 2004 and quickly felt a bond growing between us. We got to know one another on early morning jogs, training to run the marathon to raise money to support the organisations we had worked for, in South Africa and Argentina. We quickly realised that the vision and dreams we had for our lives were the same and they started to form into a joint vision. Two weeks into training, we were in love. The training stopped (!) and we started to pursue our vision of working with these children in ways more fitting to us. (Kate ‘ran’ the marathon later in 2007, it took 6 hours, & it’s safe to say she won’t be doing that again soon.) We were married on the 10th December 2005.

Since then we have spent time working with street kids in Albania and travelled to South Africa where worked as houseparents for 11 months. Prior to moving to SA, we began respite fostering in our home, as we clearly heard the Lord tell us to “start here”. We are looking forward to continuing to spend our lives on Jesus, specifically through serving children from disadvantaged backgrounds in a much more hands on way. We look forward with excitement to this next chapter of our lives working with Penuel, and we are so grateful to the Lord for His faithfulness both in the past, present & the more that’s yet to be seen.

1 thought on “The Cathcarts”